While the nitrogen is boiling, a small cloud appears above. Many would think this is “steam” or “smoke,” but of course steam is invisible and smoke is the product of combustion. The cloud actually consists of small particles of liquid water condensed from the air above the Dewar by the cooling effect of the boiling of the nitrogen.

As soon as Liquid Nitrogen comes into contact with any surface it starts to boil and vaporize rapidly. This brings about an interesting effect called “Leidenfrost Effect”. The Leidenfrost effect occurs when a liquid comes into contact with a surface that is at a temperature much greater than its boiling point, and it causes the liquid to vaporize at such a rate that it forms a layer of insulating vapor between it and the surface. This means that a cryogenic liquid (or any light porous material soaked with it) will lift itself up from the floor and start to hover. Since for liquid nitrogen ANY surface will be at a temperature significantly above its boiling point, the mere act of spilling some on a smooth surface floor will cause it to move about with virtually zero friction. As it does so it moves and changes shape like an amoeba, and smokes slightly.

Liquid cryogens boil without evident heating because even ordinary materials like a table have quite a lot of heat, and not much heat is needed is boil a liquid cryogen.

As liquid nitrogen warms up from its liquefaction temperature of -196°C (-321°F) to room temperature (25°C), it undergoes first a phase change (from liquid to gas), which results in an expansion of 174.6 times the original volume of liquid. The resulting nitrogen gas is than warmed by 221 degrees Celsius, expanding an extra 3.7 times. The net expansion for liquid nitrogen is hence (174.6 x 3.7) 645.3 times the original volume when heated to room temperature. This means that 1 liter of liquid nitrogen will occupy 645.3 liters as a gas once it has all vaporized. Due to this dramatic expansion, when liquid nitrogen is placed in a closed container and allowed to vaporize, the pressure in the container will rise very quickly, and if it is not allowed to escape, the container is very likely to burst.

Here the opposite of what happens when liquid nitrogen vaporizes is demonstrated: As stated above liquid Nitrogen expands greatly when vaporized and heated to room temperature. Since the pressure of a gas is directly proportional to its temperature (PV=nRT), we can assume that all the Nitrogen inside the balloon will contract 235times, leaving the balloon 1/235th of its original volume. When the air in a balloon is cooled, its pressure decreases, and the pressure of the external atmosphere “crushes” it. Some of the nitrogen and most of the oxygen in the balloon may liquefy.

But since air is made up (by weight) of 75.5% Nitrogen, 23% oxygen, 1% argon and the remainder is noble gases and carbon dioxide, and since oxygen liquefies at -186C. Once the nitrogen has cooled and contracted all the Oxygen inside the balloon is liquefied. Together with the carbon dioxide and any water vapor (both of which freeze), the actual contraction is in the order of 900 times the original volume of gas, making the balloon shrink rapidly into a solid, shriveled up piece of hard rubber.

As a general rule, any solid that is cooled to liquid nitrogen temperatures will become hard and brittle. Under very low temperatures the molecules in the solid vibrate so slowly that they are not able to move when the solid is subjected to a great force. Hence, it breaks. Some solids actually become stronger when cooled. Placing a balloon not blown up into the liquid Nitrogen and then dropping it on the table you can hear a “clink”, this balloon can be snapped in half, or stepped on and shattered as if it was made of brittle glass.

Do NOT try this at home

Liquid nitrogen is potentially very dangerous since it can cause instant frostbite. Never allow it to come into contact with bare skin. Objects should be lowered into the liquid nitrogen and removed with tongs. Be careful that it doesn’t splash into the eyes. Gloves and protective eyewear are recommended. Watch the Lab Safety video to see the necessary safety equipment items for the Cryogenics Lab.

Enhancing Consumer Experience and Improve Marketing Effectiveness
Make awkward or large items easier to carry. Whether applied at the check-out counter or on the factory floor, 3M™ Carry Handles are a simple way to add convenience for consumers while enhancing your marketing effectiveness. Handles can be custom printed to help promote your brand long after the consumer leaves the store.
3M™ Padded Carry Handles are made of material from well-managed FSC®-certified forests, recycled materials, and other controlled sources.

1. Applied at retail checkout
For a simple way to add convenience to your customers’ experience, 3M™ Carry Handles are easily attached to just about any product or package, providing a strong hold on large, awkward or heavy items. Our carry handles are a better environmental choice, cutting down on plastic waste and answering the call of the “ban the bag” movement taking hold across the nation. 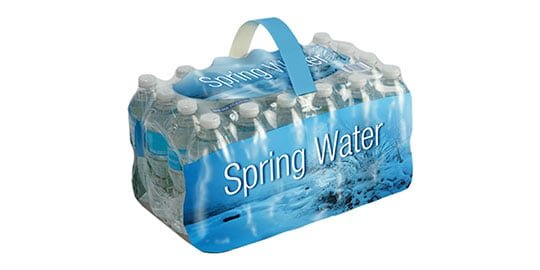 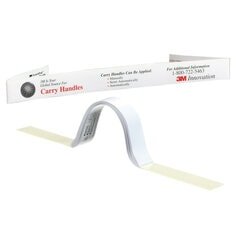 2. Preapplied by Manufacturer
Increase sales by making it easy for consumers to grab and go with 3M™ Carry Handles pre-applied by manufacturers. Print up to 6 colors to prominently display your brand, coupon, promotion, barcode or other marketing message. These customized handles can be applied by hand, semi-automatically or by high-speed, fully automated applicators. 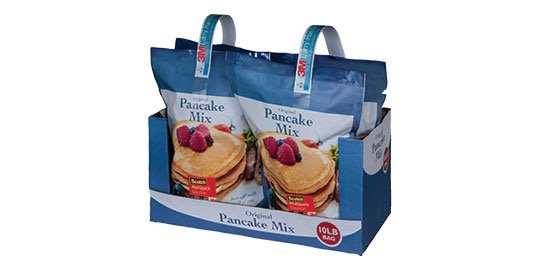